We’ve seen that power comes from many sources. One major source relates to who you know and how much access you have to information within your organization. Social networks are visual maps of relationships between individuals. They are vital parts of organizational life as well as important when you are first looking for a job. For example, if you are interested in being hired by Proctor & Gamble, you might call upon your social network—the network of people you know—to find the people who can help you accomplish this task. You might ask your network if they know anyone at Proctor & Gamble. If you did so, the people you’d call on aren’t just your friends and family—they’re part of your informal network. In fact, research finds that 75% to 95% of all jobs are never formally advertised but are filled through such social networks (Hansen, 2008).

Much of the work that gets done in organizations is done through informal networks as well. Networks serve three important functions. First, they deliver private information. Second, they allow individuals to gain access to diverse skills sets. Third, they can help create power.

Organizations can conduct a social network analysis (SNA), a systematic effort to examine the structure of social relationships in a group. Their purpose is to uncover the informal connections between people. SNA dates back to 1934 when Joseph Moreno introduced the tools of sociometry. More recently, the advent of computers has made SNA possible on large networks. In the past decade, SNA has become widely used across fields.

SNA can be conducted either directly or indirectly. The indirect way is to analyze e-mails between people. For example, which employees e-mail each other? How often? Who replies to whom? Another technique is to observe a group in action to see which employees talk to each other and who approaches whom for what. Additional, nonintrusive options are to look at project structures of billable hours such as determining which individuals regularly work together. Direct approaches to SNA involve doing a survey that asks questions directly (Cross et al., 2001). For example, the survey might ask individuals, “Who would you go to for technical information? Who can you rely on to give you the pulse of the company? Who do you trust to keep your best interests in mind?” SNA can reveal who is trusted, important in decision making (that is, to whom do people turn for advice before making an important decision?), and innovative (“With whom are you most likely to discuss a new idea?”). The direct approach is likely to be more targeted, but some people may see it as an unwanted intrusion.

Once the data is collected, SNA software is used to create the maps for analysis. The maps draw incoming and outgoing arrows between people to show the number of ties coming into a person (contacts that the person receives) and the number of ties outgoing (contacts that the person initiates). There are three key roles in a network. Central connectors are people linked to the greatest number of people. Boundary spanners are people who connect one network to another within the company or even across organizations. Peripheral specialists have special expertise that can be drawn upon even though they often work independently of the group.

You can recognize the strength of ties between people by counting the frequency of ties. The more interactions people have, the stronger the ties those individuals have with each other. Strong ties often indicate emotional support, not just informational support between people. Ties that are reciprocated tend to be stronger as well. Weak ties are characterized by less frequent interaction and often do not have as much emotional attachment, but they are also easier to maintain, and therefore people can have more of them. Weak ties are particularly useful for innovation, because people who are good friends tend to see the same information, whereas people who are merely acquaintances are likely to be exposed to different information. Thus, a casual encounter may spark that creative idea. Social networks tend to be informal, but by doing an SNA, the company can harness their power to help improve communication throughout the company (such as by making sure people have the information to share) and to help generate and spread innovation (by giving information to the boundary-spanning people who will pass it on beyond their work group). Social networks serve to promote collaboration, improve new product development, and respond to emergencies or unusual circumstances quickly (Cross, Liedtka, & Weiss, 2005). 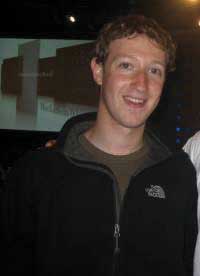 Social networks connect people with others. Consider networking Web sites such as Facebook or LinkedIn, where being connected with many people makes you more visible. This is becoming more and more salient as 80% of 12- to 17-year-olds use MySpace at least weekly, and over 40,000 MySpace groups are devoted to companies and colleagues (Frauenheim, 2007). In business, the more central you are, the more power you will have. The closer you are to more people, the more powerful you are (Cross, Parker, & Cross, 2004). If you are the person who many people link to and you serve as a node between people, you have brokering power—you can introduce people to each other. People high on this “betweenness” are also in a position to withhold information from one person to the next, which can happen during power plays. You also have a greater number of people to call on when you need something, which makes you less dependent on any one person. The more ties you have that are incoming (toward you), the more trusted you are.

Building Your Own Network 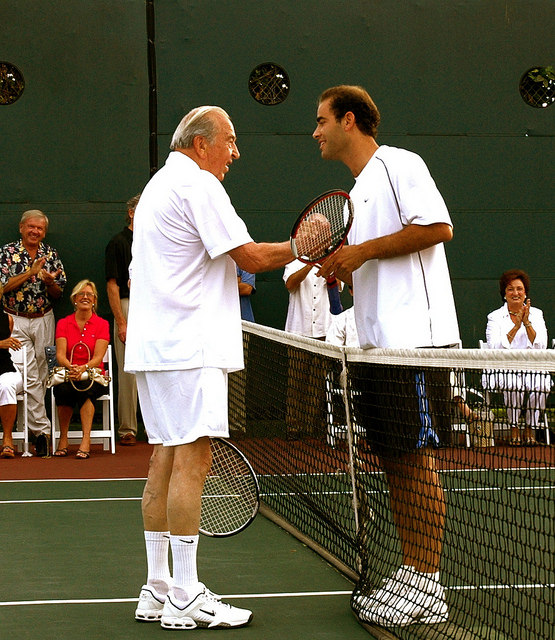 Doing social things such as playing golf or tennis outside work is one way to help build your social network.

There are several simple steps you can take to help build your own social network. For example, you can go to lunch with someone new. You can also try to do more to encourage, help, and share with others. You can seek information outside your own class or work group. You can spend time with people from work outside work. All these suggestions are effective ways to naturally build your social network.

Social networks make up a key part of organizations. A social network analysis (SNA) involves tracing who interacts with whom. Central connectors have a large number of contacts. Boundary spanners connect to several networks of people. Peripheral specialists often work independently. Strong and weak ties can both be helpful for gathering information and building one’s network.

Hansen, K. (2008). A foot in the door: Networking your way into the hidden job market. Berkeley, CA: Ten Speed Press.

2.5 Understanding Social Networks by Leah Sheppard is licensed under a Creative Commons Attribution-NonCommercial-ShareAlike 4.0 International License, except where otherwise noted.