Media theories provide the framework for approaching questions about media effects ranging from as simple as how 10-year-old boys react to cereal advertisements to as broad as how Internet use affects literacy. Once researchers visualize a project and determine a theoretical framework, they must choose actual research methods. Contemporary research methods are greatly varied and can range from analyzing old newspapers to performing controlled experiments.

Content analysis studies require researchers to define what types of media to study. For example, researchers studying violence in the media would need to decide which types of media to analyze, such as television, and the types of formats to examine, such as children’s cartoons. The researchers would then need to define the terms used in the study; media violence can be classified according to the characters involved in the violence (strangers, family members, or racial groups), the type of violence (self-inflicted, slapstick, or against others), or the context of the violence (revenge, random, or duty-related). These are just a few of the ways that media violence could be studied with content-analysis techniques (Berger, 1998).

Any study that analyzes older media must employ archival research, which is a type of research that focuses on reviewing historical documents such as old newspapers and past publications. Old local newspapers are often available on microfilm at local libraries or at the newspaper offices. University libraries generally provide access to archives of national publications such as The New York Times or Time; publications can also increasingly be found in online databases or on websites.

Older radio programs are available for free or by paid download through a number of online sources. Many television programs and films have also been made available for free download, or for rent or sale through online distributors. Performing an online search for a particular title will reveal the options available.

Resources such as the Internet Archive (www.archive.org) work to archive a number of media sources. One important role of the Internet Archive is website archiving. Internet archives are invaluable for a study of online media because they store websites that have been deleted or changed. These archives have made it possible for Internet content analyses that would have otherwise been impossible.

Surveys are ubiquitous in modern life. Questionaires record data on anything from political preferences to personal hygiene habits. Media surveys generally take one of the following two forms.

A descriptive survey aims to find the current state of things, such as public opinion or consumer preferences. In media, descriptive surveys establish television and radio ratings by finding the number of people who watch or listen to particular programs. An analytical survey, however, does more than simply document a current situation. Instead, it attempts to find out why a particular situation exists. Researchers pose questions or hypotheses about media, and then conduct analytical surveys to answer these questions. Analytical surveys can determine the relationship between different forms of media consumption and the lifestyles and habits of media consumers.

As part of child rearing, parents teach their children about social roles. When parents prepare children to attend school for example, they explain the basics of school rules and what is expected of a student to help the youngsters understand the role of students. Like the role of a character in a play, this role carries specific expectations that differentiate school from home. Adults often play a number of different roles as they navigate between their responsibilities as parents, employees, friends, and citizens. Any individual may play a number of roles depending on his or her specific life choices.

Social role analysis of the media involves examining various individuals in the media and analyzing the type of role that each plays. Role analysis research can consider the roles of men, women, children, members of a racial minority, or members of any other social group in specific types of media. For example, if the role children play in cartoons is consistently different from the role they play in sitcoms, then certain conclusions might be drawn about both of these formats. Analyzing roles used in media allows researchers to gain a better understanding of the messages that the mass media sends (Berger, 1998).

Like depth interviews, focus groups allow researchers to better understand public responses to media. Unlike a depth interview, however, a focus group allows the participants to establish a group dynamic that more closely resembles that of normal media consumption. In media studies, researchers can employ focus groups to judge the reactions of a group to specific media styles and to content. This can be a valuable means of understanding the reasons for consuming specific types of media. 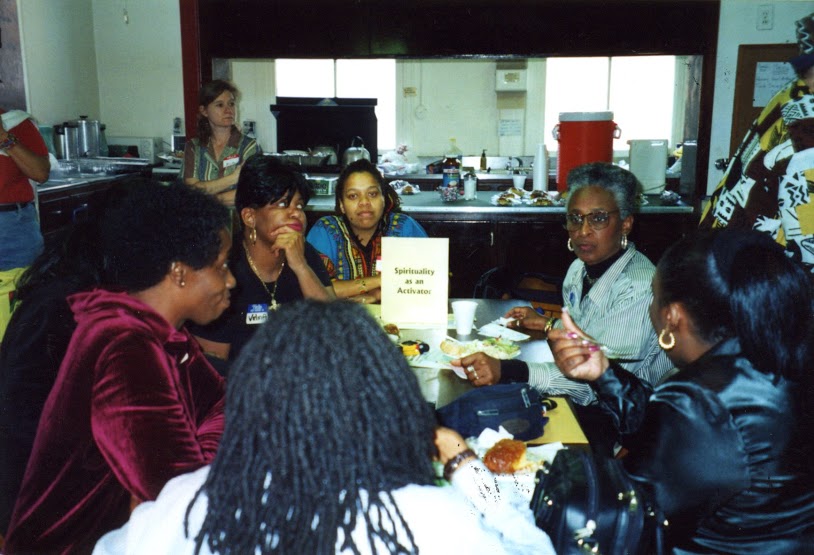 Focus groups are effective ways to obtain a group opinion on media.

Media research studies also sometimes use controlled experiments that expose a test group to an experience involving media and measure the effects of that experience. Researchers then compare these measurements to those of a control group that had key elements of the experience removed. For example, researchers may show one group of children a program with three incidents of cartoon violence and another control group of similar children the same program without the violent incidents. Researchers then ask the children from both groups the same sets of questions, and the results are compared.

In participant observation, researchers try to become part of the group they are studying. Although this technique is typically associated with anthropological studies in which a researcher lives with members of a particular culture to gain a deeper understanding of their values and lives, it is also used in media research.

Media consumption often takes place in groups. Families or friends gather to watch favorite programs, children may watch Saturday morning cartoons with a group of their peers, and adults may host viewing parties for televised sporting events or awards shows. These groups reveal insights into the role of media in the lives of the public. A researcher might join a group that watches football together and stay with the group for an entire season. By becoming a part of the group, the researcher becomes part of the experiment and can reveal important influences of media on culture (Priest).

Researchers have studied online role-playing games, such as World of Warcraft, in this manner. These games reveal an interesting aspect of group dynamics: Although participants are not in physical proximity, they function as a group within the game. Researchers are able to study these games by playing them. In the book Digital Culture, Play, and Identity: A World of Warcraft Reader, a group of researchers discussed the results of their participant observation studies. The studies reveal the surprising depth of culture and unwritten rules that exist in the World of Warcraft universe and give important interpretations of why players pursue the game with such dedication (Corneliussen & Rettberg, 2008).

Media research methods offer a variety of procedures for performing a media study. Each of these methods varies in cost; thus, a project with a lower budget would be prohibited from using some of the more costly methods. Consider a project on teen violence and video game use. Then answer the following short-response questions. Each response should be a minimum of one paragraph.