Cultivation theory is a media effects theory created by George Gerbner that states that media exposure, specifically to television, shapes our social reality by giving us a distorted view on the amount of violence and risk in the world. The theory also states that viewers identify with certain values and identities that are presented as mainstream on television even though they do not actually share those values or identities in their real lives (Griffin, 2009). Drawing on cultivation as it is practiced in farming, Gerbner turned this notion into a powerful metaphor to explain how the media, and television in particular, shapes our social realities. Just as a farmer plants seeds that he or she then cultivates over time to produce a crop, the media plants seeds in our minds and then cultivates them until they grow into our shared social reality. 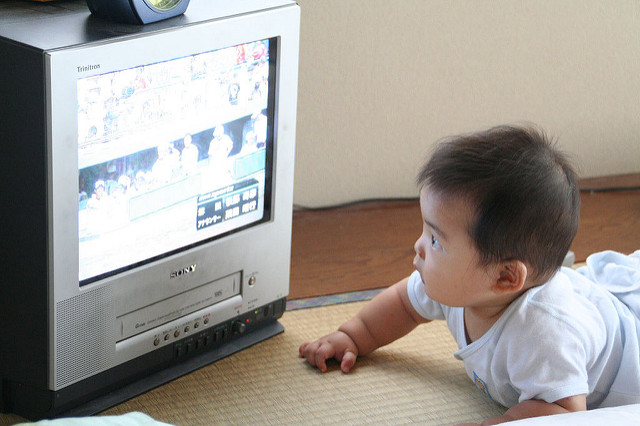 Cultivation theory states that heavy television viewing cultivates, or grows, certain ways of thinking about the world that are distorted.

Over decades of exploring cultivation theory, Gerbner made several well-supported conclusions that are summarized as follows:

Although most do not get mass public attention, there are many media criticism and analysis organizations that devote much time and resources to observing, studying, and/or commenting on how the media acts in practice, which often involves an implicit evaluation of media theories we have discussed so far, in particular media effects theories. Media outlets and the people who send messages through media outlets (i.e., politicians, spokespeople, and advertisers) are concerned about the effects and effectiveness of their messaging. As we already learned, the pervasive view of media effects today is that media messages do affect people, but that people have some agency in terms of how much or little they identify with or reinterpret a message.

To understand media effects, media criticism organizations do research on audience attitudes and also call on media commentators to give their opinions, which may be more academic and informed or more personal and partisan. In either case, taking some time to engage with these media criticism organizations can allow you to see how they apply mass communication theories and give you more information so you can be a more critical and informed consumer of media. You can find a list of many media criticism organizations at the following link: http://www.world-newspapers.com/media.html. Some of these organizations have a particular political ideology or social/cultural cause that they serve, so be cautious when choosing a source for media criticism to make sure you know what you’re getting. There are also more objective and balanced sources of media criticism. Two of my personal favorites that I engage with every week are CNN’s show Reliable Sources (http://reliablesources.blogs.cnn.com) and the public radio show On the Media (http://www.onthemedia.org). Reliable Sources even has an implicit reference to reciprocal effects in its show description, stating, “The press is a part of every story it covers.”[1] On the Media ran a story that implicitly connects to cultivation theory, as it critiques some of the media’s coverage of violence and audiences’ seeming desensitization to it (Bernstein 2012).

Self, C. C., Edward L. Gaylord, and Thelma Gaylord, “The Evolution of Mass Communication Theory in the 20th Century,” The Romanian Review of Journalism and Communication 6, no. 3 (2009): 29.